The school has continued its mission to ensure that students achieve their potential in public examinations, encouraging a wide range of extra-curricular activities, developing and retaining suitable staff and guiding students in suitable progression when they leave the school. 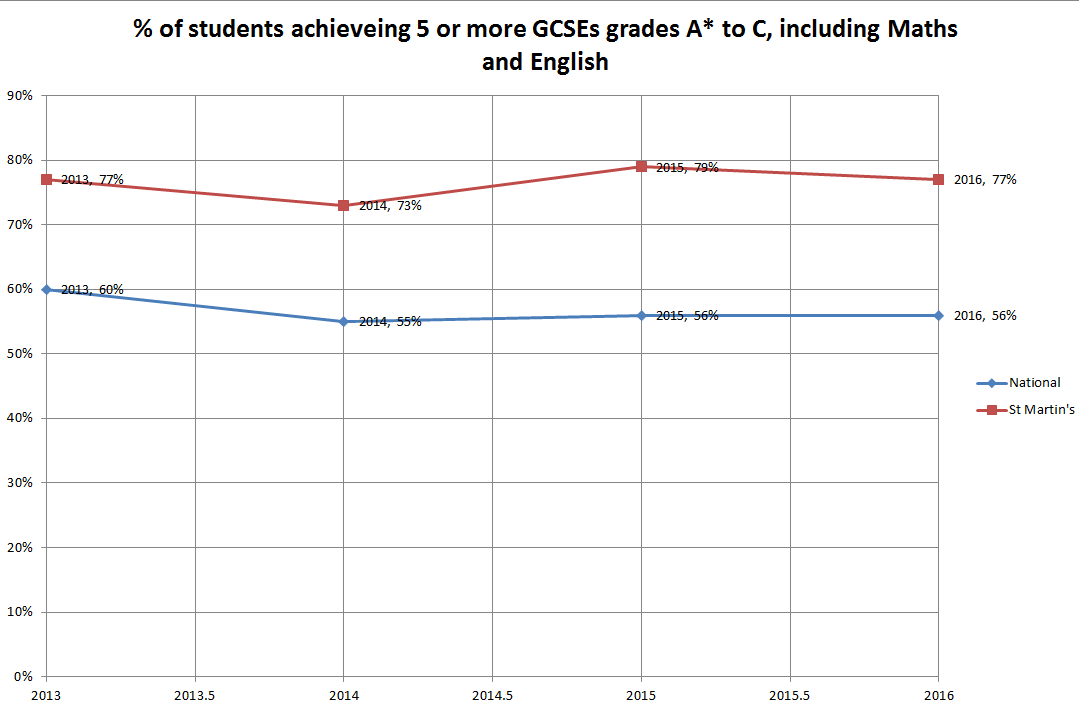 Outcomes for students in receipt of the Pupil Premium at St. Martin’s School 2015/16

This makes the PP population 10% of the cohort; nationally the figure is 28.2%